He is a most famous character from manga “NARUTO”.
He became the darkness in order to give light. He became a villain to protect his clan’s name, he lied to his brother in order to make him stronger, it’s Itachi Uchiha, the shinobi who gave up all the worldly pleasures for the sake of his village and brother. At a very young age,  itachi witnessed the horrors of the war, hence he was against the wickedness that his clan had planned. He took all the blame and hatred upon himself so that the villagers lead a peaceful life. 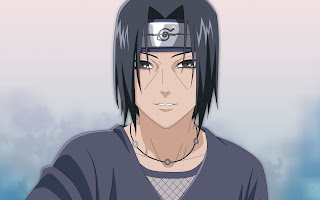 I’m sure you know all of this, but there are certain things you have no clue about Itachi, like his name, do you know what it means? I’m sure the answer is NO! So, here I present to you some facts on the nameless shinobi Itachi Uchiha.
8.Meaning of his name
In Japan Weasel is a symbol of bad-luck, referring to Itachi being made to kill his whole clan.
7.His visual prowess 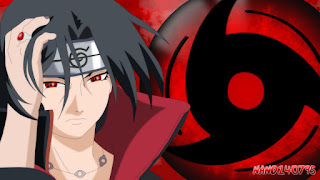 His visual prowess was so effective/strong that if once caught can’t get freed easily.
Even the copy ninja Hatake Kakashi once got caught and remained senseless for weeks, and Uchiha Madara, the strongest Uchiha till known feared his death to his “Amaterasu”.
Rumors r there that if Itachi ought to see Kaguya Otsutsuki she would lose to him instantly.
6. He Was Masashi Kishimoto’s Favourite Member Of Akatsuki
5.The Mysterious Magical Items
The Mangekyo Sharingan kept gaining new powers throughout Naruto. It originally could trap people within illusions and create a black fire that was unquenchable. Itachi showed off a new third power during his battle with Sasuke.
This power was called Susanoo and it summoned an indestructible being made of chakra. Susanoo is a powerful ally, but it requires a massive amount of chakra to maintain and its usage damages the body of the user.
Itachi’s version of Susanoo is unique, in that it possesses items that the other Susanoos lacked. It carried a magical blade (the Sword of Totsuka) that could trap those it strikes in an endless dream. It also carried a shield (the Yata Mirror) that protected the user from all forms of elemental damage. 3. Itachi Was The 2nd Best Student Of All Time At The Academy
The Fourth Hokage was the highest scoring student in the history of the Konoha Academy. Itachi was the second-highest of all time.
2.About his illness
Itachi was suffering from the severe illness from the beginning but kept himself alive so that his younger brother Sasuke could kill him and awaken the mangekyou Sharingan.
1. Itachi Was Directly Responsible For Naruto Committing Murder
Itachi takes control of a ninja called Yura. Naruto kills Itachi/Yura with a Rasengan, leaving his corpse on the ground for Zetsu to eat. So finally after knowing all about Itachi what do u think Itachi was evil or a true hero?
Write your vision of seeing Itachi in the comment section.