10 saddest death’s in NARUTO that will make u cry 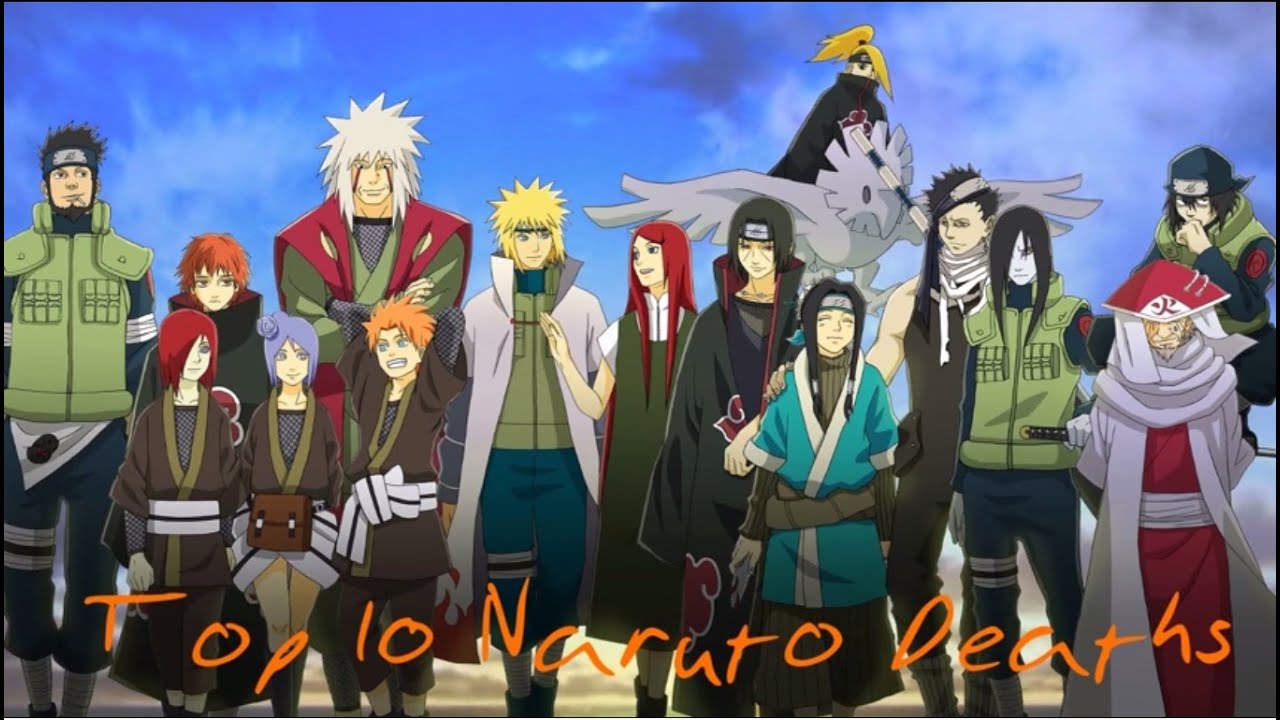 This top 10 list is not only list of Naruto character’s who died in the series but it’s the list of those legends who were ideals to others,set an example,helped,motivated, took all the hatred and still died smiling.
When I recalls them sometime I laughed,sometime I get motivated and on the other hand I drown in deep sorrow and wish to become like them.Only true otaku’s can understand my feelings.
Some people likes crying after watching shows and if u r 1 of them so watch this list and enjoy your own company.
And please also tell me whose death made u most sentimental.

By Tobi who calls him Madara but actually is Obito.

By AKATSHUKI during bijuu extraction.

By Kaguya while saving Naruto and Kakashi.

By Obito while saving Naruto

By uchiha Itachi (must be secret for his respect).

By nine tails while saving their child “Naruto” during nine tail attack on Konoha village hidden in leaf.

By his elder brother Uchiha Sasuke.

By his student Nagato manipulating 6 Pain’s.

Well no.3 made me cry.Let others know whose death made you cry.Please comment in the comment section below.

Thank you for watching.